In February, my attention was again focused on Ukrainian trail races, of course, I wanted to run an interesting trail race by law, but the realities of the beginning of the new running season dictate their rules. Therefore, after a blue walk through the Kremenets Mountains, they decided to look for some interesting of the rage trails that took place in Ukraine. At the initial stage of February, several interesting trail races take place in Ukraine. Of course, among the races of the first half of February there are their own, so to speak, top trails, which gather many fans to run on winter trails. In the first half of February, despite the fact that, thus, the top race can be considered the winter trail "Wild North Way", which opens an interesting trail series "Wild". Although the "Wild North Way" trail race has an interesting route and a great organization of the running event, it was conquered in 2019. 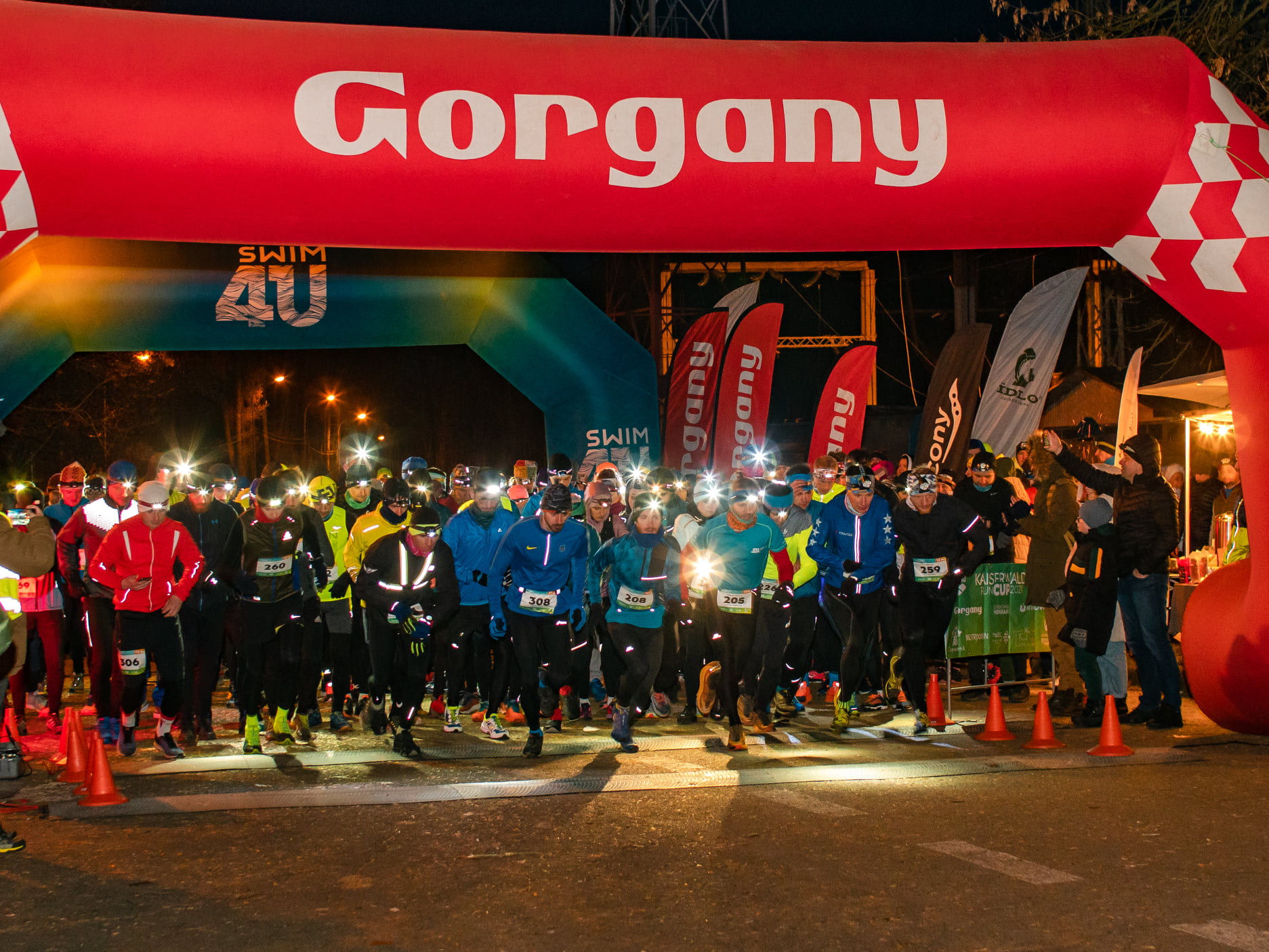 So this time my running gaze was fixed on the glorious city of Lviv, where I liked the local trailer race "Kaiserwald Run Cup". In addition, the trail through the imperial forest was to be interesting and unusual for me.

Registration for the winter trail "Kaiserwald Run Cup" took place on the website athletic-events.com, where participants could choose one of several distances for running, namely the main distance - 12 kilometers, and the satellite distance of 4 and 3 kilometers. 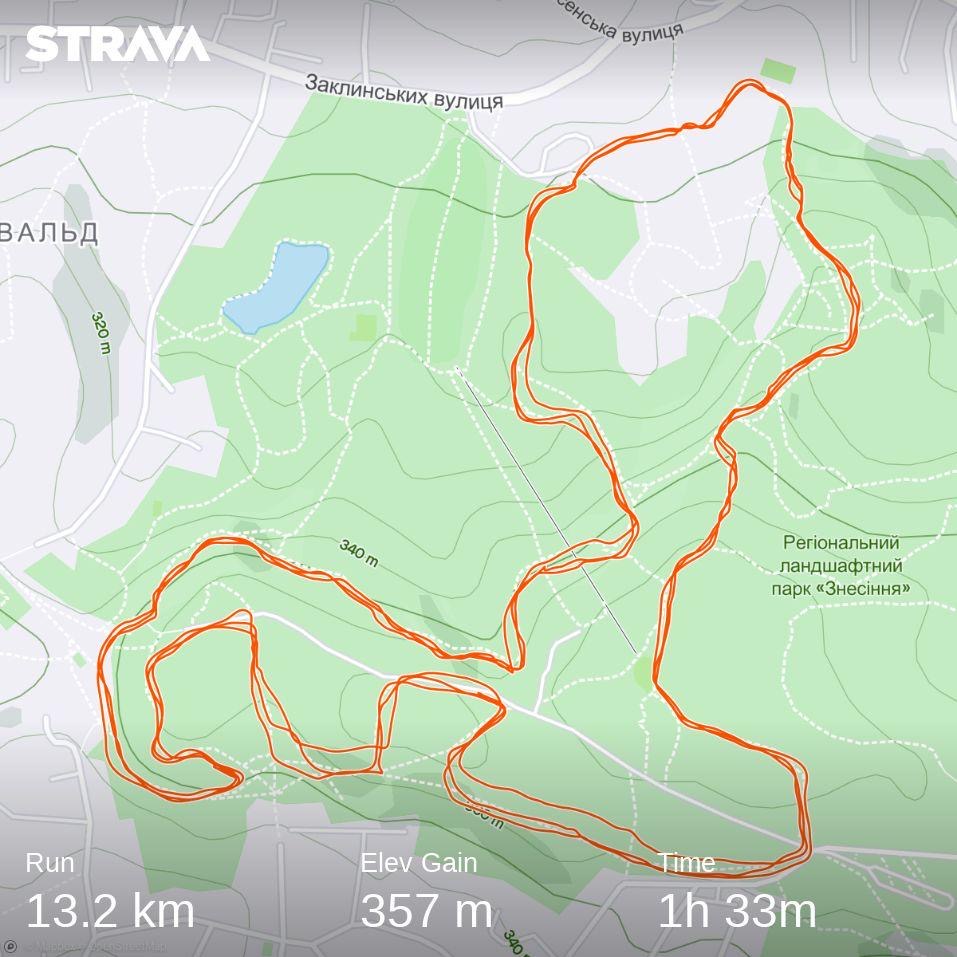 The route of the main distance of the trail race "Kaiserwald Run Cup", namely 12 kilometers consisted of 3 laps of 4 kilometers each and passed through the hilly terrain of Kaiserwald.

On Friday evening, from the Kyiv train station, I went on another running trip that awaited me in the glorious city of Leva. Morning Lviv greeted me with quite good weather, which was quite appropriate, as the trail "Kaiserwald Run Cup" had an evening format and the starting town started at 15 o'clock, which meant that the first half of the day you can enjoy a walk of the cozy streets of Lviv. 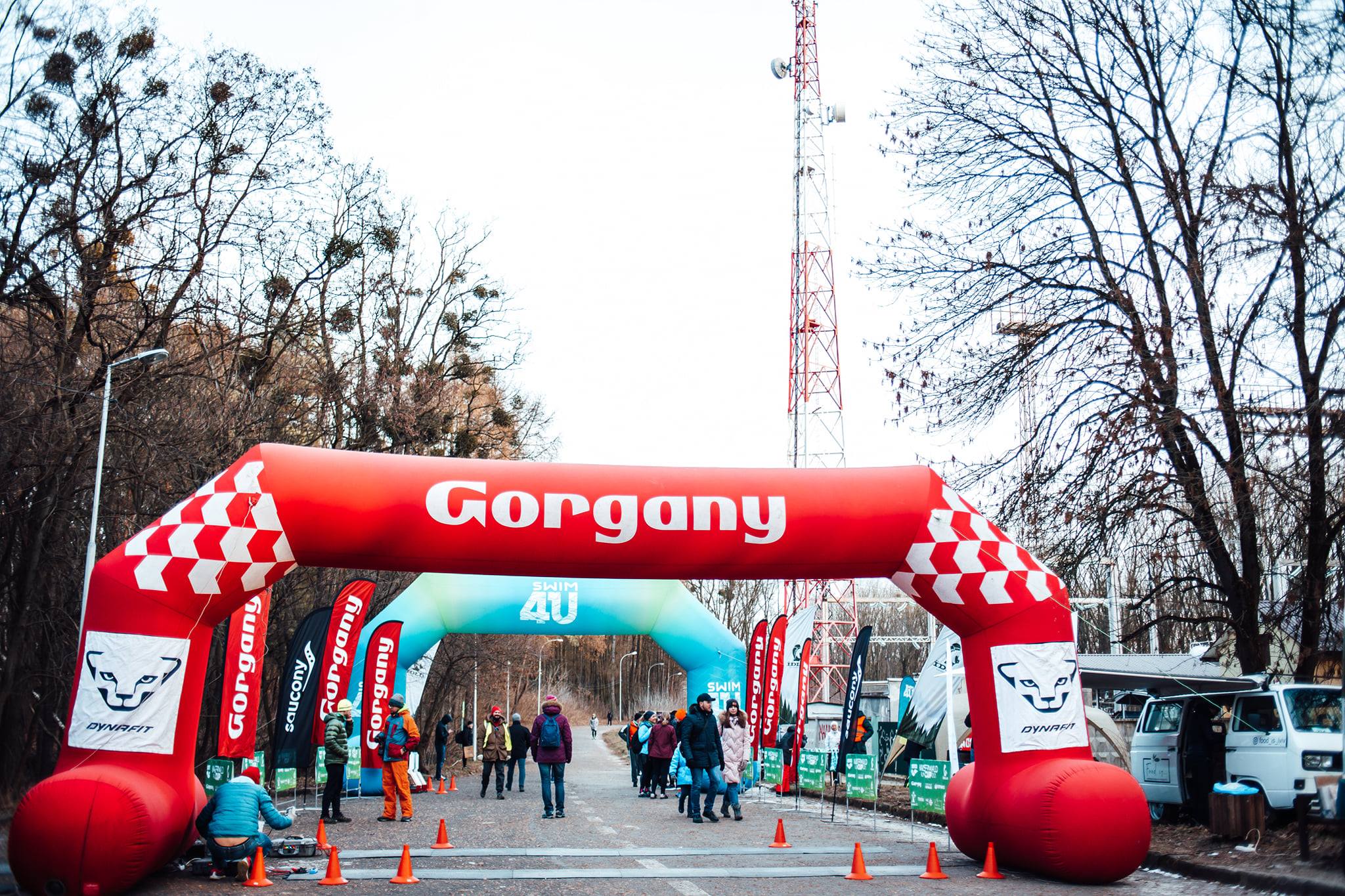 Since I was in Lviv for a long time, it was very interesting to spend my free time waiting for the main Saturday running event while walking the streets of Lviv. After a short walk around Lviv and settling into the hotel, it was time to go to the main goal of my trip, namely to the starting point of the trail "Kaiserwald Run Cup", which took place in the park “Znesinnya”, where at 15 o'clock began issuing starter packs. 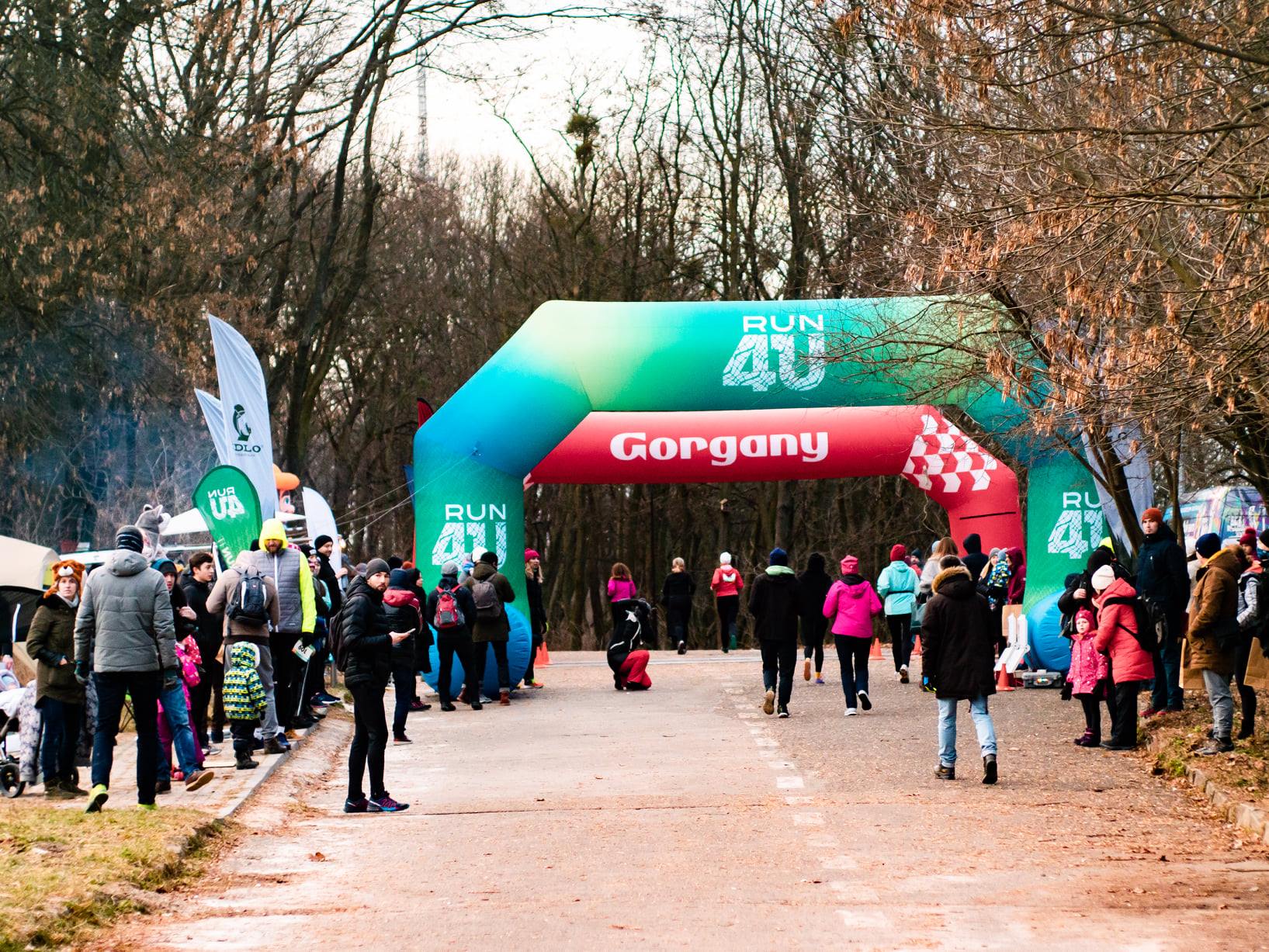 The main running adventure on Saturday night started at 6 p.m. So as soon as the starting countdown was over, I turned on my flashlight and plunged into the running adventures that awaited me at the evening pagers of Kaiserwald. The trail route, in addition to the usual ascents and descents, had a surprise in its arsenal, which made it more exciting and interesting for the participants. 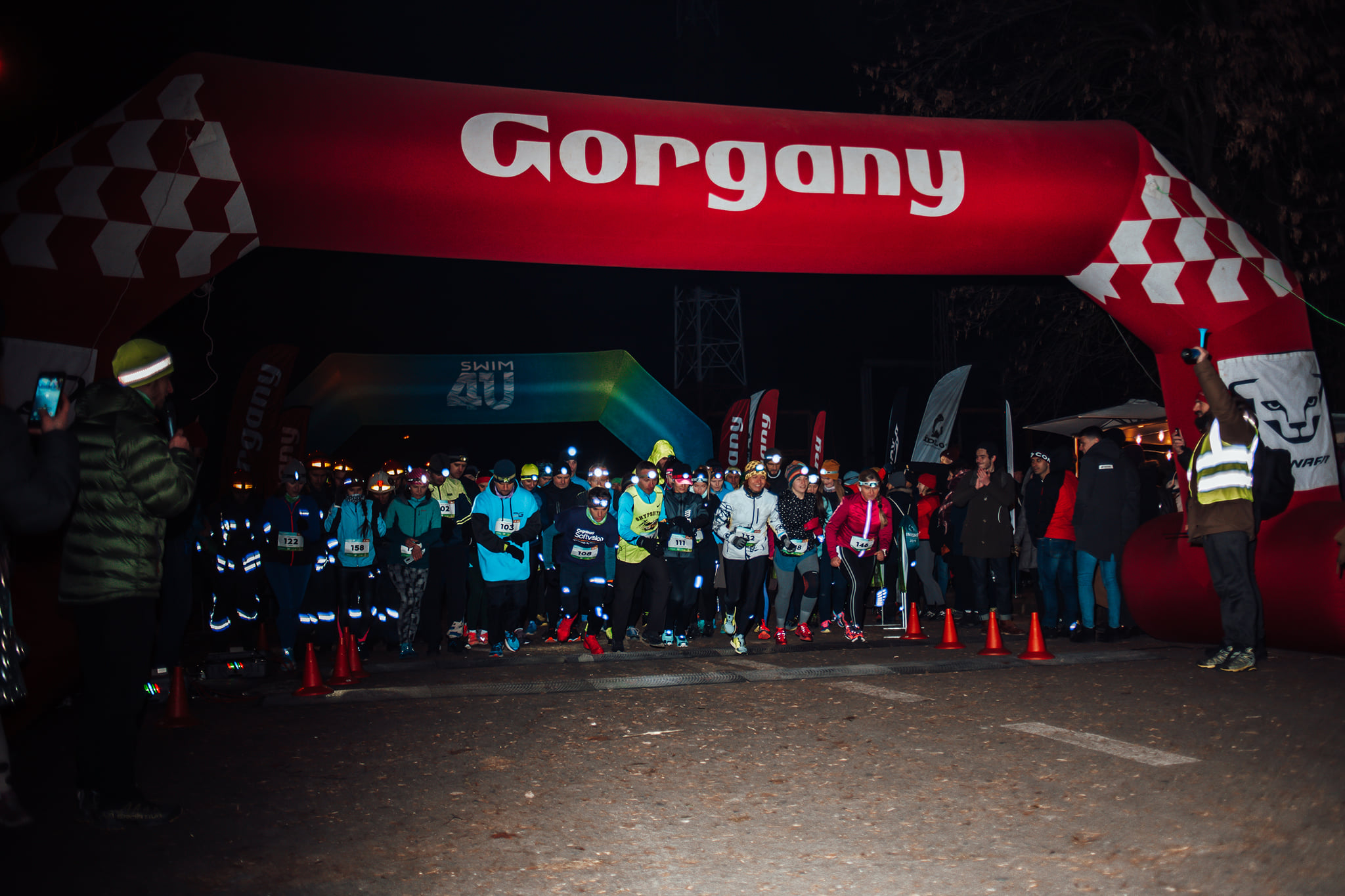 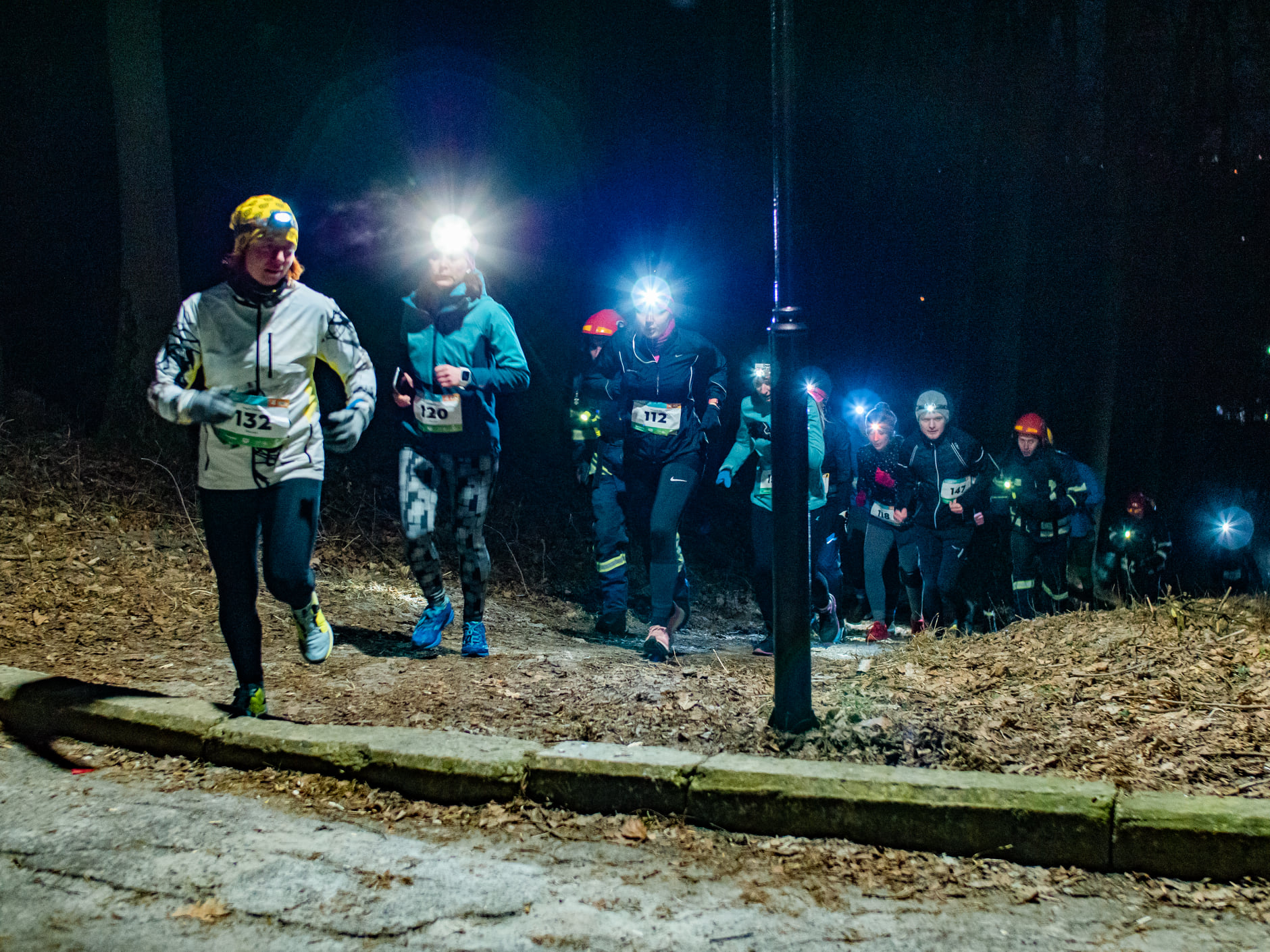 Since this year's "Kaiserwald Run Cup" trail became my second trail after the "Christmas trail" Shchedryk "and there was only a Sunday of difference between them and they were close to each other, so I decided to change my old trail sneakers with worn-out ones. I will not be a protector in front of the "Kaiserwald Run Cup" trail. Still, there was no snow, so again we will have to run slightly on the snow-dusted trails. 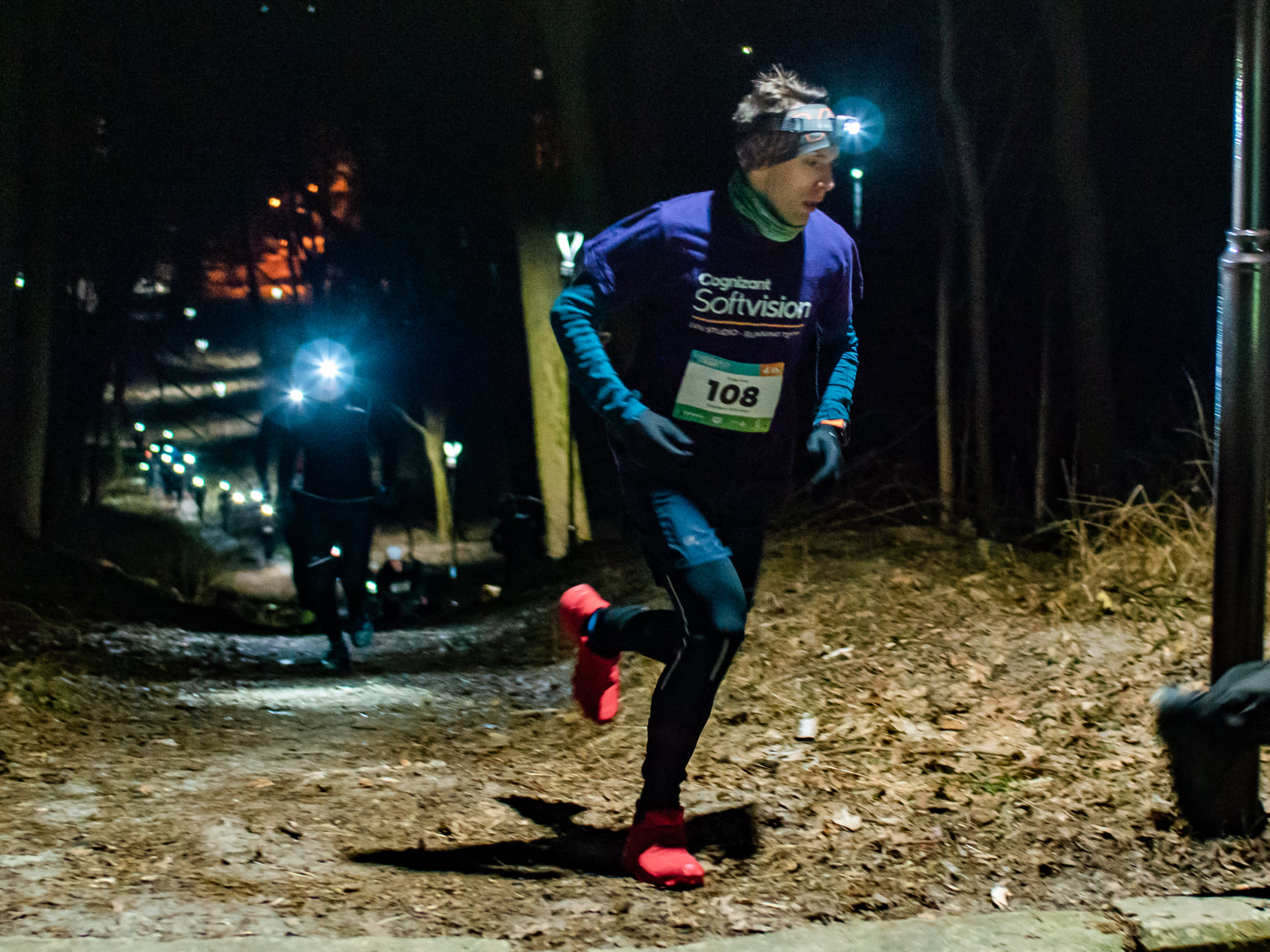 But that's what I thought, and for about the first mile I walked along the snow-covered trail of the evening Kaiserwald and enjoyed the surrounding nature, another ascent and descent. But that was just the beginning because then began the main surprise of the trail. Somewhere after the first mile, the trail route began to open its surprise, which is prepared for the participants who wanted to conquer it. This surprise was the ice that covered the trails of the hills of Kaiserwald. 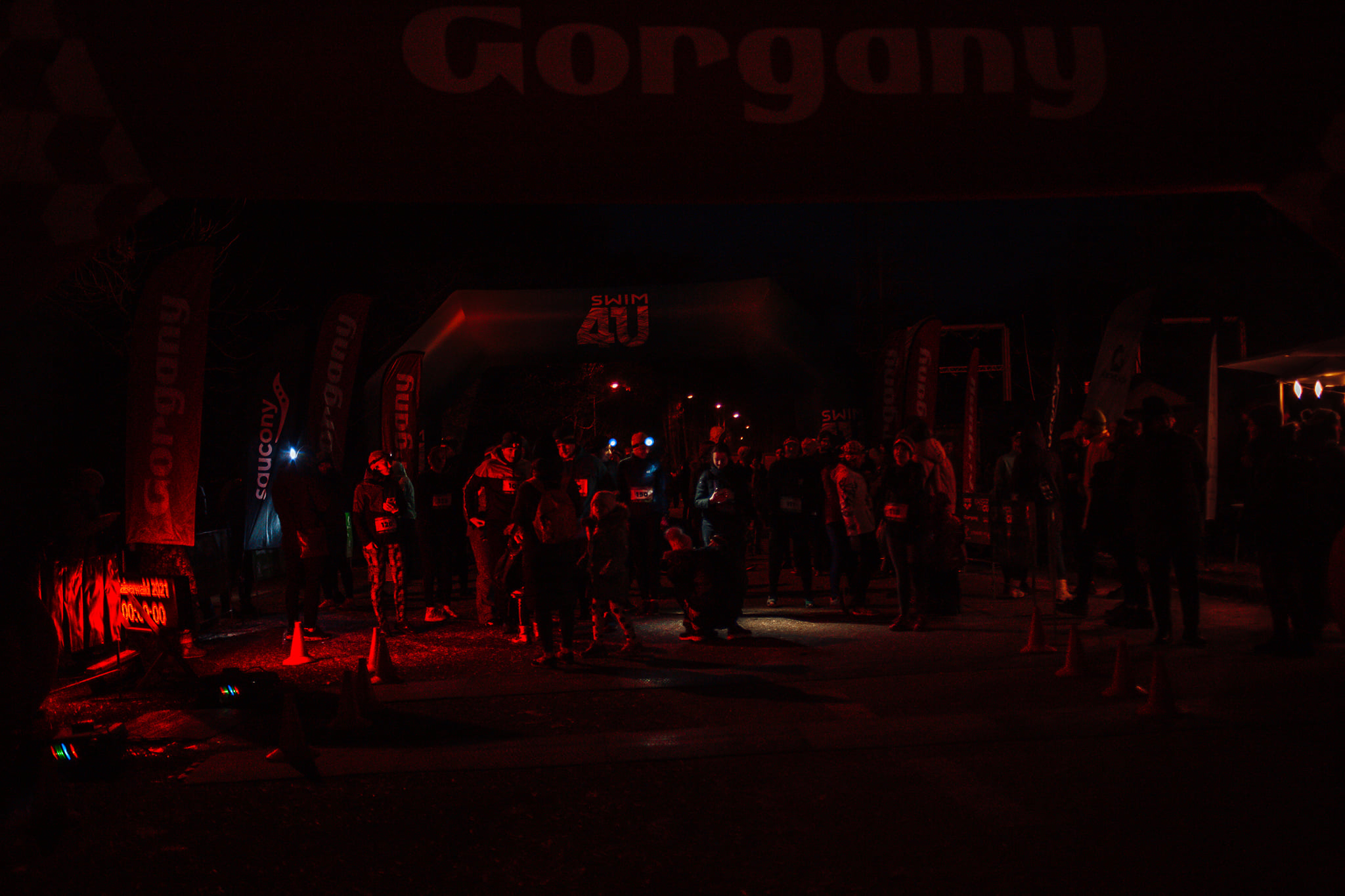 Of course, I didn't want to give up the chance to run through the crisis, so I decided to use it, but the duo of ice and worn-out tread of sneakers quickly argued that this is not a good idea, so take a leisurely evening park runner. Of course, from time to time I did not give up my attempts to overcome the duo of ice and sneakers, yet the company of ice on the trail was about one mile for me, so about 13 minutes on each lap we could enjoy each other. As the photos from "Wild North Way" showed, not only runners in Lviv loved the ice, but the next day in Kyiv runners also had the opportunity to enjoy her company. 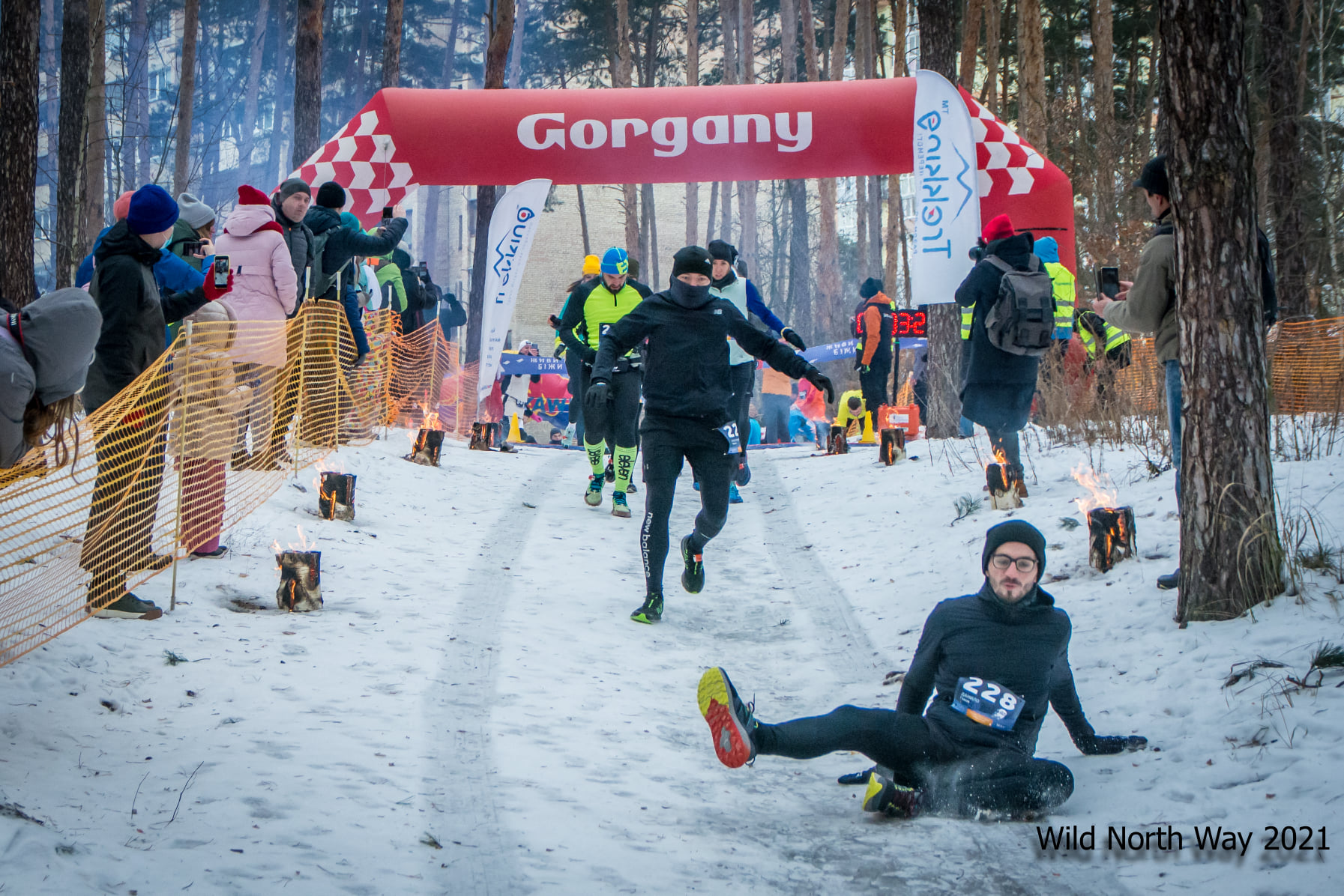 As for me, the next laps of the “Kaiserwald Run Cup” trail went like this for me, the first mile of the new lap you are preparing to meet the ice, at the same time trying to run away from those behind you and catch up with those in front, then a mile of so-called “ice field”, where from time to time attempts are made to run and at the same time not to fall here, of course, someone overtakes you, but at the same time still, it is necessary not to release it far. In the last half mile before the new circle we try to overtake those who overtook you on the "ice field", and then the last circle and everything first. 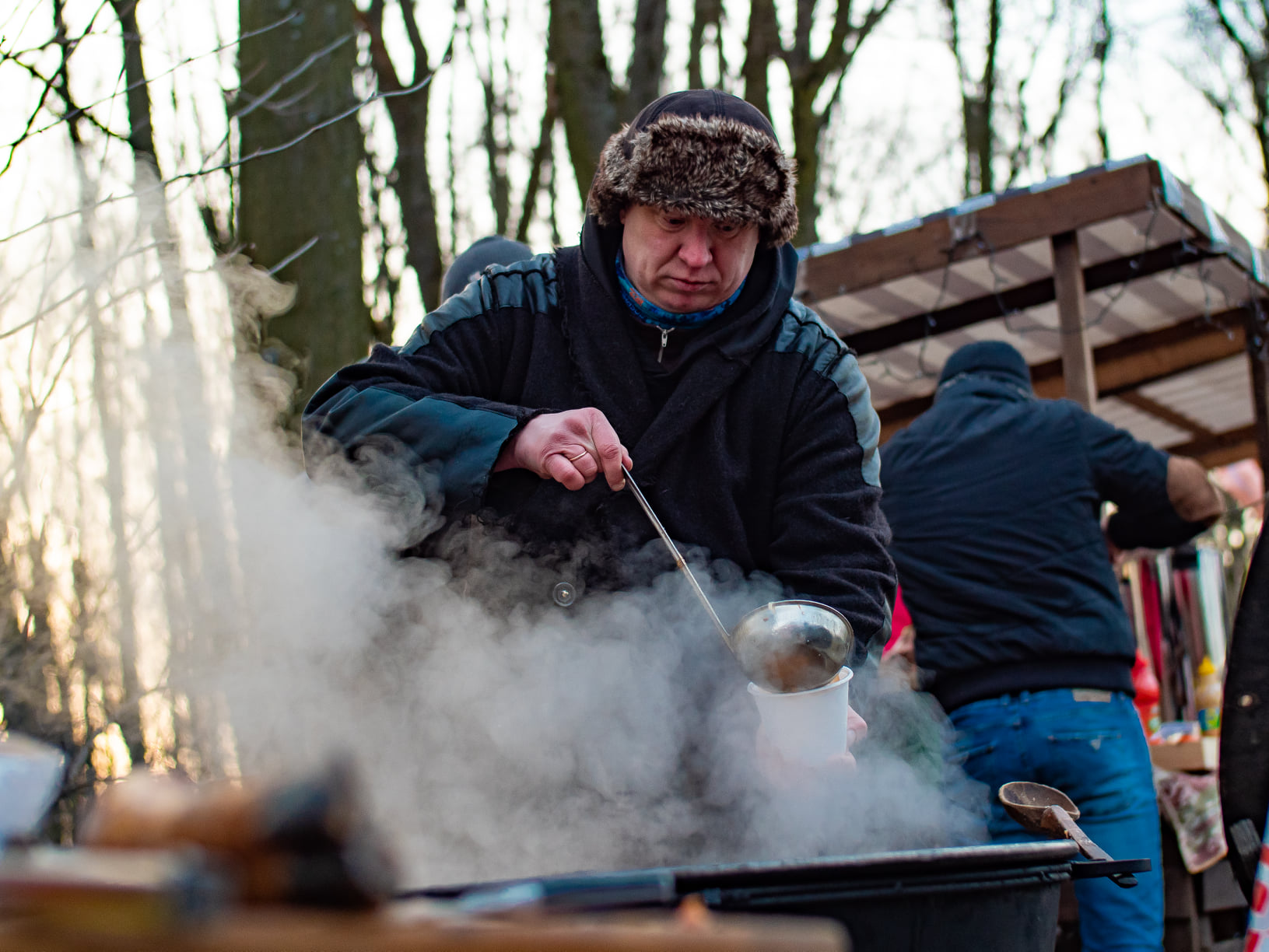 I managed to reach the finish line of the “Kaiserwald Run Cup” trail 1 hour 38 minutes after the start. Where the participants of the trail were waiting for delicious bograch, tea, and various delicacies.

Lviv trail race "Kaiserwald Run Cup" left a very positive impression, of course, first of all, a very interesting format, namely the evening trail, although before that I already had the experience of running at night, as at one time took part in the two-night road half marathons ( “Kharkiv Night Half Marathon” and “Night Marathon-Fest”), “Kaiserwald Run Cup” gave completely different impressions from night trail running and winter. And of course, you can't miss the section of the route covered with ice, as it made a more interesting run on the hills of Kaiserwald and diluted them a bit with its presence. Of course, you can not leave aside the good layout of the trail, its organization, and the work of volunteers who guided the participants of the trail on the right route.