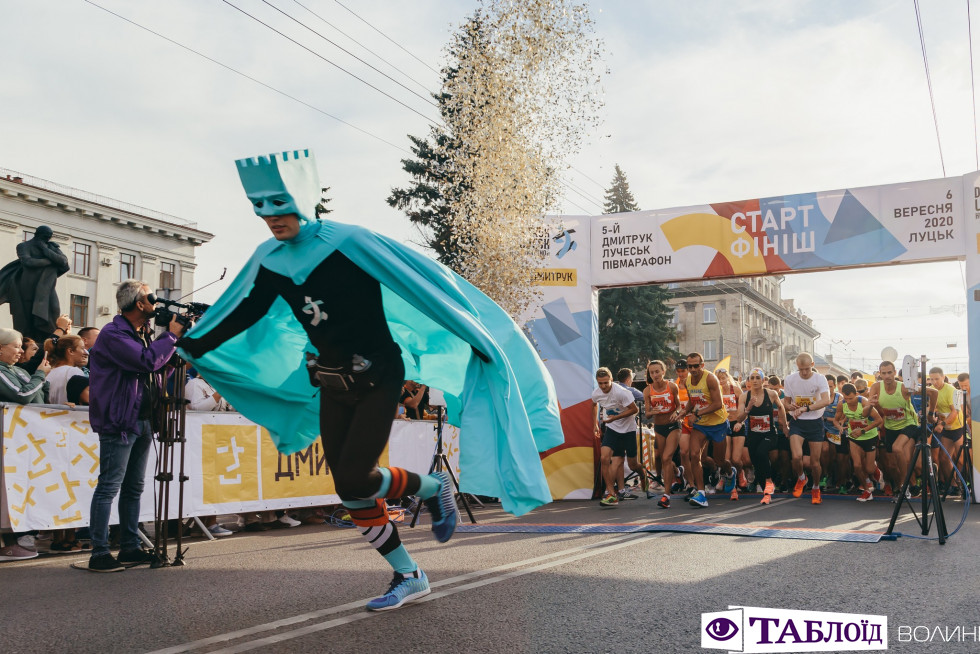 With this sign, he decided to continue his acquaintance with the races of Volyn and visit the central half marathon of Lutsk - "Lutsk Half Marathon", which has already passed 5 years since the beginning of autumn takes the capital of Volyn - the city of Lutsk. 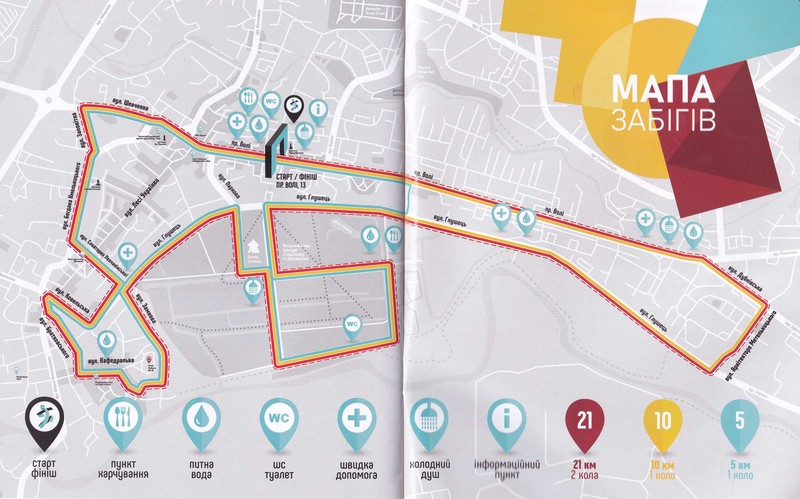 The journey to meet the adventures in Lutsk began on Saturday dinner from Kyiv railway station, from where the train number 97 left, which was going to the capital of Volyn - the city of Lutsk. 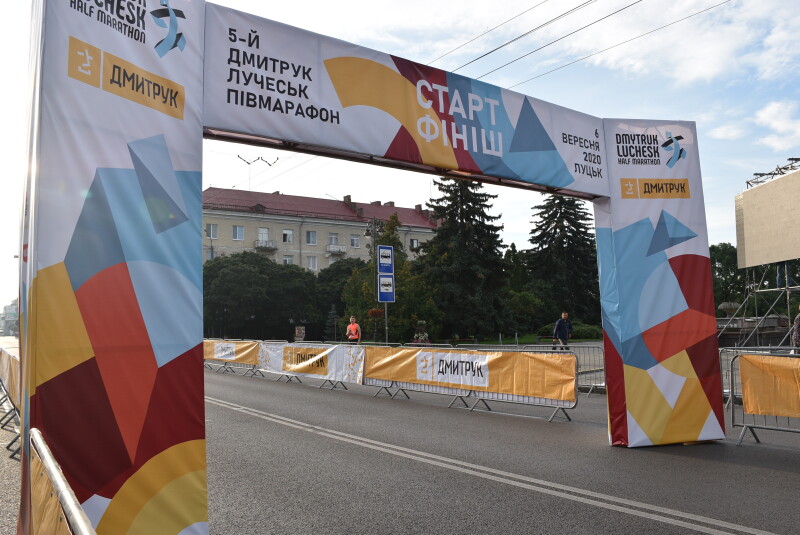 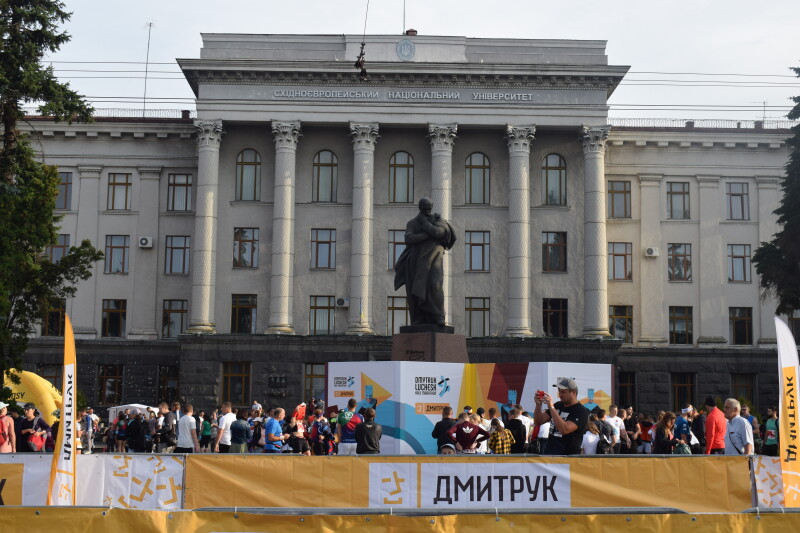 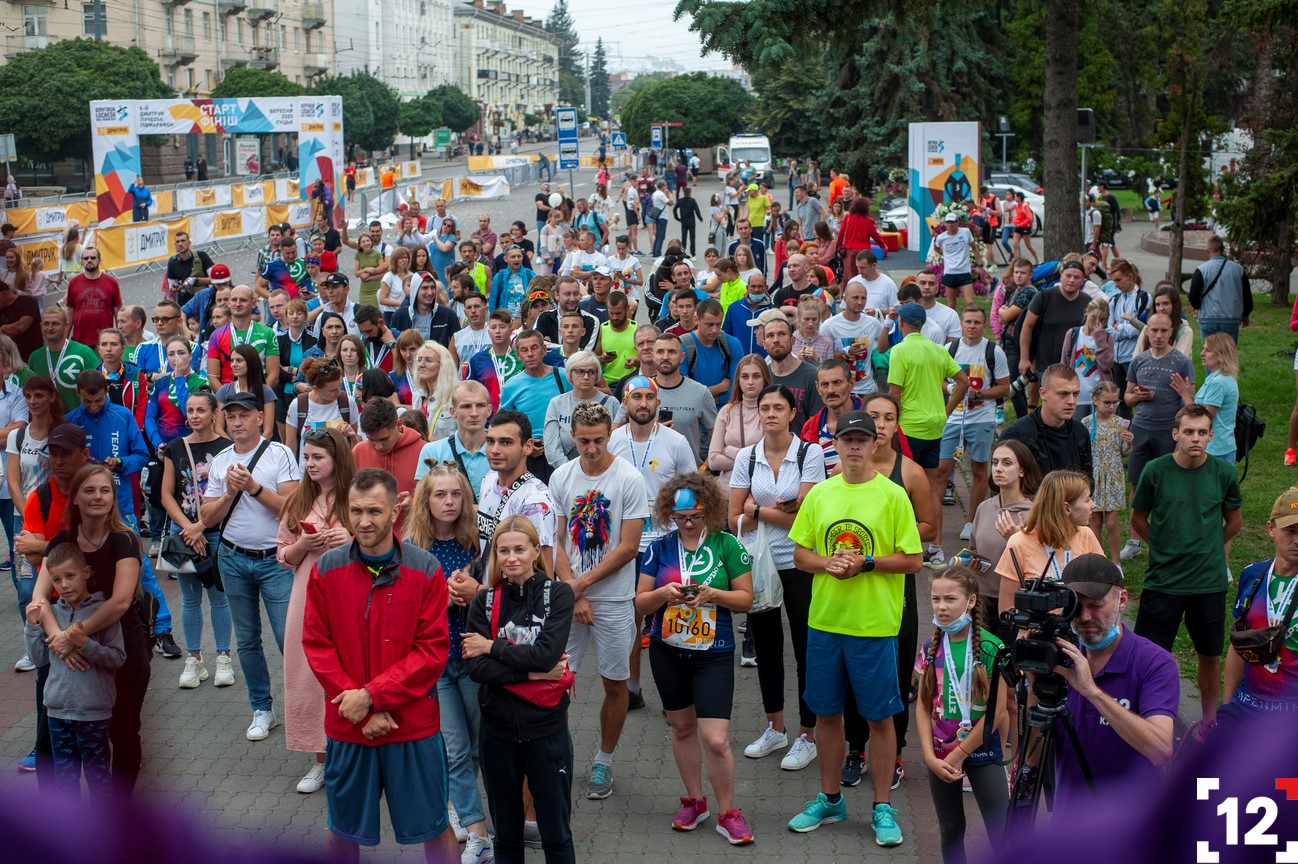 The organizers of the half marathon "Luchesk Half Marathon" worked quite well on the route of the race. The route of the main distance of the half marathon was quite interestingly laid out, as it covered the central part of the city of Lutsk, the territory of the park. Lesia Ukrainyka and consisted of two asphalt circles (in some places there are small areas with cobblestones) of 10 kilometers each. 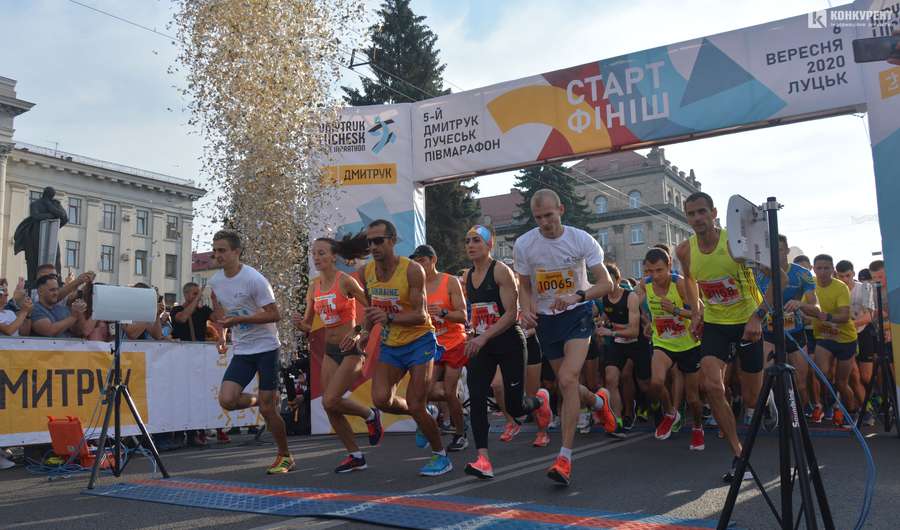 Each round of the half marathon can be divided into 3 parts. The first part of the circle, which is about 2 miles, which passed through the neat streets of Lutsk, an interesting feature of the first segment was that the participants of the half marathon could admire Lutsk Castle (Luborta Castle), as the running route ran along its walls. In addition, the first part of each circle begins with a small descent, and even on this segment of the runners come across areas with cobblestones. The middle segment of the 10-kilometer circle is the paths of the picturesque park. Lesya Ukrainka, where participants could hide from the heat in the shade of local trees. The return of the participants of the half marathon back to the central street of Lutsk took place on the main 2-mile section of the circle. Among the highlights of the last leg of the lap is the climb that awaited the students before they reached the finish line, where runners were greeted by happy fans who cheered them on in front of the second lap of the "Luchesk Half Marathon". 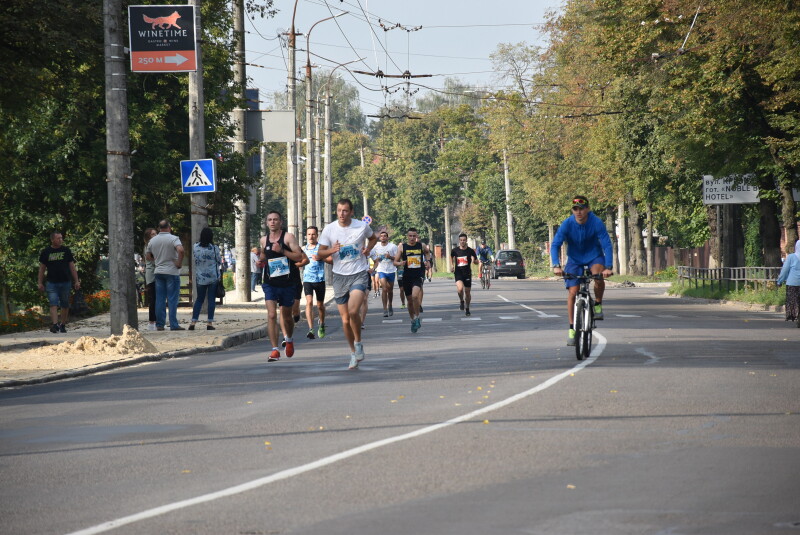 After the starting countdown was over and the half marathon in Lutsk started, my acquaintance with him and his route began. The first half of the half marathon “Luchesk Half Marathon” - 6 miles passed quite actively, interestingly and obeyed me in 53 minutes of running. 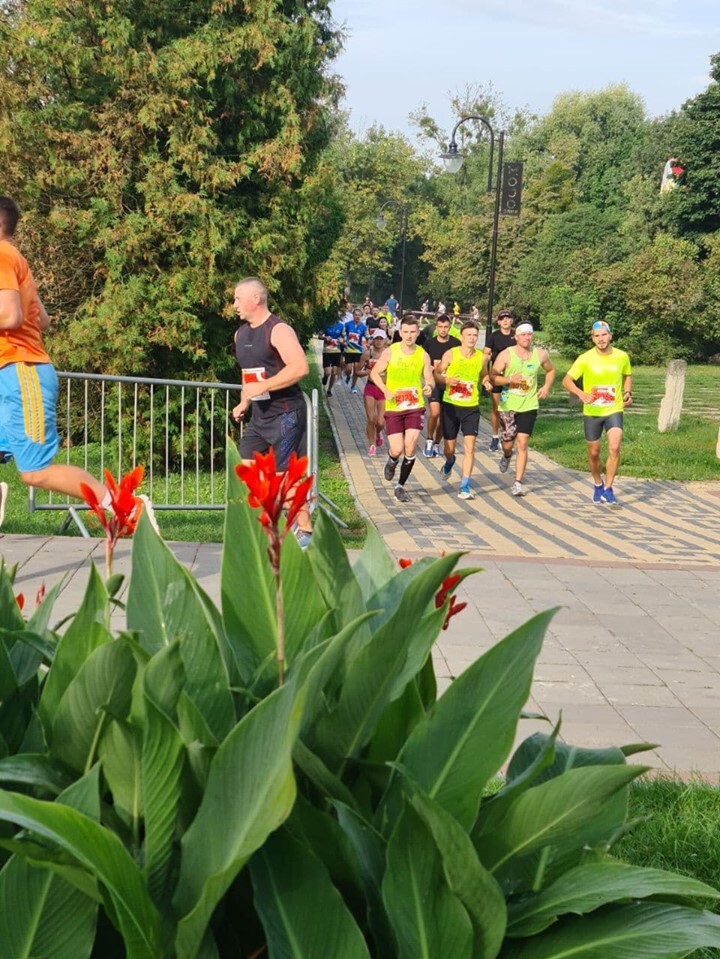 As for the second part of the half marathon, it was slower for me. I managed to reach the finish line of the "Lutsk Half Marathon" in 02 hours and 12 minutes. Of course, I would like the result to be better, but since I rarely train this year, the result turned out to be appropriate. 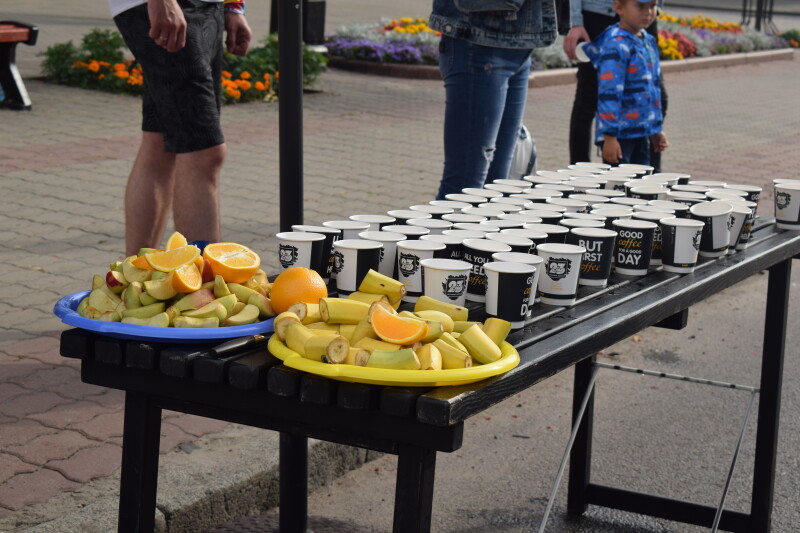 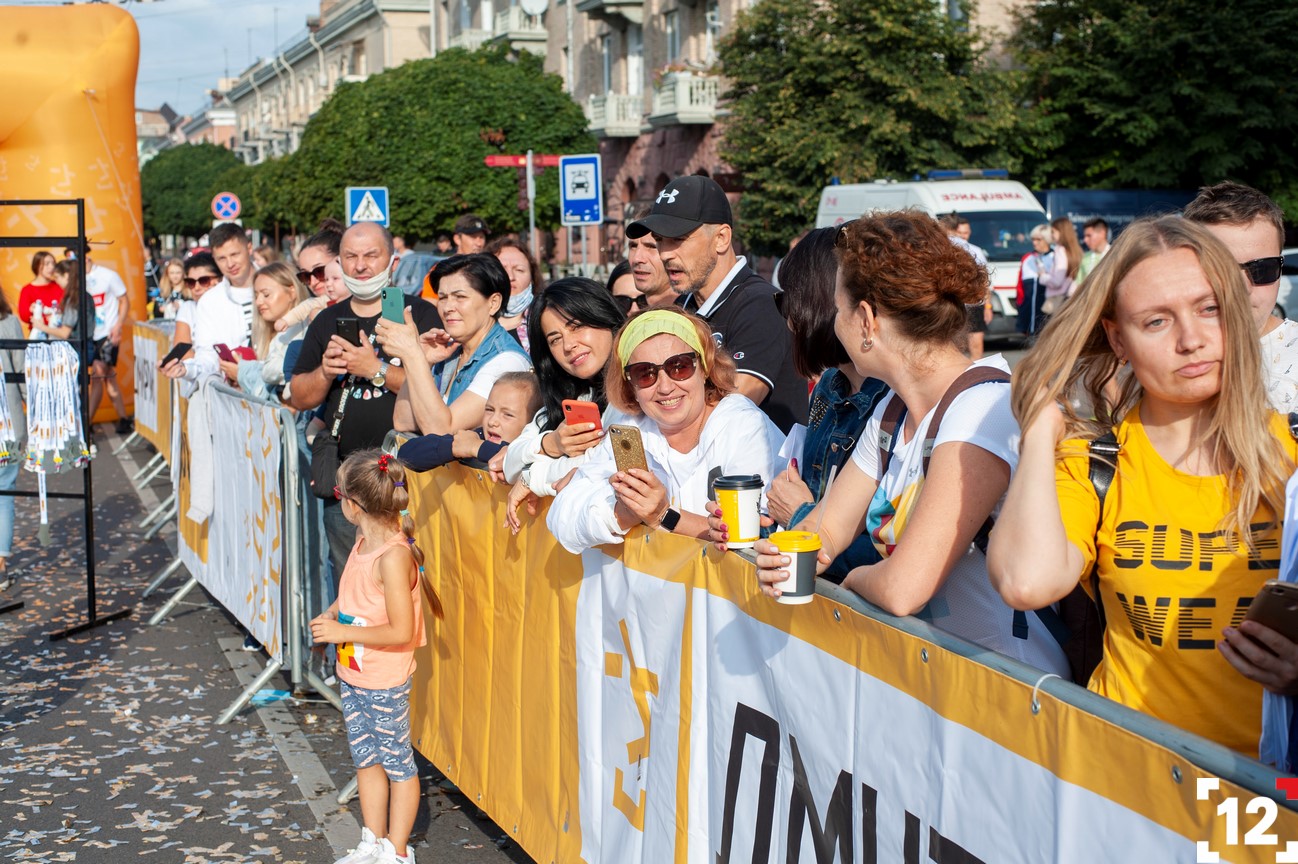 What may be of interest to the Luchesk Half Marathon is its route, although it runs on asphalt, it was laid by the organizers so that the participants of the half marathon had the opportunity to meet the pavement, as at the beginning of each round there are several such sections. In addition, the route of each lap has quite a few small ascents and descents, the largest descent for participants awaits the initial, and the ascent a few kilometers to the finish of each lap.